Making cities smart; but what do we mean exactly?

There is no doubt that cities are the hotspots for climate action. The case is far too strong and the arguments undeniable. It is no surprise then that there is an increasing commitment to climate action at the cities and subnational level coupled with several initiatives that are facilitating access to finance for these actors to address climate change. We are not going to get into the details on this. We want to take the conversation forward.

We have been tracking the many solutions that are being proposed for cities and the many projects that are being developed in cities across the world. One of the solution that caught our eye is called ‘Smart Cities’. We have found smart city initiatives springing up everywhere. Only recently the European Commission announced smart city projects in Amsterdam and Bilbao. And it intrigues us. It intrigues us as to what a smart city actually is.

The European Commission says that a smart city is a place where traditional networks and services are made more efficient by using digital and telecommunication technologies for the benefit of its residents and business[1]. It is characterised by at least one of the following:

Smart Governance, Smart People, Smart Living, Smart Mobility, Smart Economy and Smart Environment[2]. In China, the National Development and Reform Commission defines a smart city as a ‘new concept and model’ which ‘utilises the next generation of information technology, such as the Internet of Things, cloud computing, big data, to promote smart urban planning, construction, management and services for cities’[3].

Interestingly, we found that the former UK Department for Business, Innovation and Skills, now part of Department for Business, Energy and Industrial Strategy, described smart cities as a process rather than a static outcome with an end point. It is a process that brings together active citizen engagement, physical infrastructure, social capital, and information and communication technologies to provide sustainable economic development and ‘an attractive environment for all’.

We are no smarter as yet. We are still trying to figure out what is meant by smart people or smart environment. What does big data mean and what exactly does smart city as a process represent? We must mention that somewhere we also read about smart lifestyles and smart bonds in the context of smart cities. It probably wouldn’t come us a surprise that we had a few laughs about it. What we conclude is that smart cities mean different things to different people. No wonder, the definition varies from country to country and city to city. A smart city depends on its level of development, the future its residents aspire for, and the resources at its disposal. For example, city in a developing country that lacks basic infrastructure to cope with the challenges of urbanisation would have a very different vision than a city in Europe. Just on the side, we do have our thoughts on basic infrastructure in European cities, but we’ll leave that for another day. The point here is that we concur that there is homogenous definition or description of smart city even within a country.

Then it made us wonder. How did something that was conceived as use of technology for the effective management and monitoring of infrastructure, customers, personnel, finances, and systems to solving problems of urban planning and development morph into such definitions? Why not simply say that it is about using technology to generate data that can be used intelligently to ensure the optimal use of resources and improve delivery of service.

And what does it really mean when we design a city of smart people who live smartly in a smart environment and do business in a smart economy while being governed smartly? What does it look like for a neighbourhood? If it really is about improving service delivery, why wait to collect data from citizens and analyse it when we can identify the problems by speaking to them? Do citizens even understand the concept to meaningfully engage with its design and benefit from it? 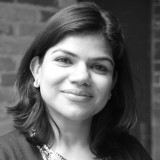 Economist who specializes in the areas of energy, climate change, low carbon development, and resources nexus, with over 15 years of experience in policy advisory, research and capacity building.