Market demand for certified biomass and biofuels of consistent quality is increasing. But which system of certification suits the market players best? A mushrooming of national and voluntary sustainability certification systems has led to market confusion. Though appreciated, harmonization of initiatives has its limitations. Companies have the strong need to understand what the different systems have to offer, and how feasible it is for them to implement the chosen systems within their organisations.

To understand the various kinds of certification systems, their accompanying obligations, costs and their ability to guarantee the sustainability of the bioenergy purchased/sold, SQ Consult has developed two complementary benchmark studies which are unique in their kind. Together with the Comisión Nacional de Energía (National Commission of Energy from Spain), we have prepared a benchmark on EU national sustainability systems. We have also developed a benchmark on voluntary certification systems for NL Agency (the Netherlands). The most relevant outcomes are highlighted in this edition of our newsletter.

Three years down the road from the publication of the European Renewable Energy Directive (EU-RED), there is no doubt in the market that sustainability is shaping the bioenergy business. Industries that are not able to adapt will disappear and opportunities are created for those industries and countries that do take the initiative and place themselves in forefront positions. (read our Summer 2010 newsletter: "A new era of the Bioenergy Industry: Sustainability criteria shaping the market"). This process is however not exempt from large uncertainties (read our winter and fall 2011 newsletters: "Roadmap to an organized global commodity market of bioenergy carriers", and “After international trade of biofuels, solid biomass flourishes. Same risks, same solutions”)

In the case of biofuels and other bioliquids, economic operators must prove compliance to sustainability criteria as a requirement for the supply of biofuels or bioliquids to EU national markets. Compliance must be proved by using either the national system (if it exists) or by using one of the voluntary certification systems recognised by the European Commission. National systems are recognised at EU Member State level, whereas voluntary systems are recognized at EU-level.

Companies show preference for voluntary systems because of their larger coverage and flexibility (voluntary systems can be used for other end-uses like for the food industry for example). Member States may wish to opt for also offering national systems in order to include their country-specific characteristics and/or to keep more control on the companies as well. Spain and Sweden are examples where country specific characteristics for pipeline and logistic systems exist.

The European Directive also allows for economic operators to refer to bilateral or multilateral agreements between the EU and non-EU states; however no such agreements are currently in place.

European Member States were required to fully transpose the EU-RED by 5 December 2010. However this process has not yet been completed by a number of Member States. Delays in transposition may not only jeopardize the achievement of the EU renewable energy objective, but these delays may also put those States in risk of being taken to the Union’s Court of Justice.

Until 22 March 2012, Finland, Greece, and Poland had not yet informed the European Commission of the full transposition of the Directive into their national legislation. Therefore, the Commission has decided on that date, to send Reasoned Opinions to these EU Member States. If the Member States do not comply with their legal obligation within two months, the Commission may decide to refer them to the Court of Justice.

A full benchmark comparing the requisites, procedures and status of the sustainability systems in 10 European Member states have been developed by SQ Consult together with the Comisión Nacional de Energía (Spain). Countries studied are: Austria, Belgium, France, Italy, Germany, the Netherlands, Portugal, Spain, Sweden and the United Kingdom.

The Netherlands, Germany and Sweden, among others, have already fully implemented compliance to the Commission’s sustainability criteria for biofuels. It is expected that in 2013 the Commission’s sustainability criteria for biofuels will be fully enforced throughout the EU. This delay already causes some distortions in the EU biofuels market. Certified sustainable biofuels are in most cases more expensive than non-certified biofuels.

Countries such as France, Belgium, Portugal, Italy and Spain have recently published legislation implementing their national sustainability systems. Further regulations establishing details for these implementations are being discussed and elaborated in these countries. In other countries, such as Austria, legislation is still under the development. However, not every country has decided to establish a national system to supplement voluntary systems recognised by the European Commission. It is the case in the Netherlands and Denmark for example.

This benchmark discusses twelve different aspects for each country:

The full benchmark study  (only available in Spanish) can be downloaded from:

Benchmark study on voluntary systems: Selecting a biomass certification system. A benchmark for level of assurance, costs and benefits

What are the differences between voluntary certification systems: in terms of effectiveness, level of assurance, information requirements, expected cost levels and users' benefits? This information is essential for corporate decisions when making a choice to match the company’s specific needs and situation. SQ Consult has prepared a benchmark study for NL Agency's Programme for Sustainable Biomass. This study has as objective to assist companies with regard to the selection of biomass certification systems.

This benchmark discusses four different aspects of each certification system:

The outcomes of the benchmark study provide extensive background information on eight voluntary certification systems to help market parties to make their selection according to their specific sustainability goals and their supply chain characteristics. In all cases, with exception of REDcert, the EU versions of these systems were evaluated. The eight systems are:

The key question is whether systems can sufficiently ensure sustainability. Subsequently, the systems were benchmarked in order to clearly show their differences and to indicate which perform better in areas related to the level of assurance. RSB scores highest on the stakeholder consultation; this aspect is completely absent under 2BSvs. RTRS scores for example very strong on sampling conditions, which is a relatively weak point under REDcert and 2BSvs.

Costs and benefits of certification

While on the one hand certification offers various benefits to the market, certification costs will also have an important impact on the total cost structure of sustainable biofuels and bioliquids – especially when it comes to the production of the feedstock. The study provides an indication of the benefits and costs of certification (distinguished by direct and indirect costs). When looking at the evaluated systems, it can be concluded that the most reliable certification systems are also the more expensive ones. Differences in direct costs are, however, relatively small between the evaluated systems – especially when placing this in perspective with the total production costs and volumes handled.

In the end, it is very important that companies carefully weigh the characteristics of a certification system against their supply chain characteristics and their sustainability goals. When selecting a certification system, a company will need to make a thorough assessment based on expected costs and benefits, on its own strategy, company structure and its position in the market.

This benchmark study has also produced eight factsheets with extensive background information on the evaluated systems. All individual factsheets cover the following information:

The full benchmark study can be downloaded from:

This newsletter is based on recent work conducted by SQ Consult; more information on these studies is available at request. The author thanks Sjors van Iersel, Jinke van Dam and Rosaria Chifari for their valuable contribution to writing this article.

SQ Consult supports its clients in understanding and evaluating the changes sustainability practices demand from society and the implications they have for business. 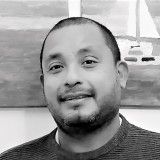 Experienced in overseeing project delivery of complex projects with over 25 years track record in energy and sustainability issues in a wide geographical scope across continents. 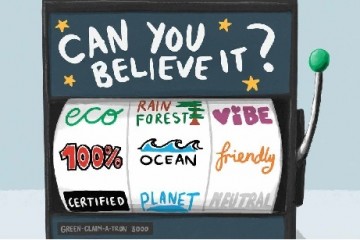 Behind environmental claims on plastic products 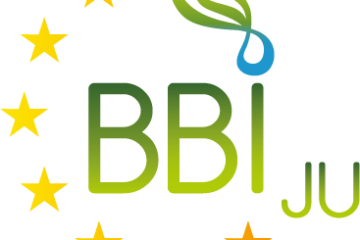